The cultural icon that is Toho’s Godzilla has appeared in over 36 feature-length films, multiple television and anime series, hundreds of comic book titles, novels, and video games over its incredible 67-year lifespan. The king of monsters has been utilized in many different ways over the years—from social/political allegory to children’s mascot—but one thing has always remained true: Godzilla brings destruction wherever it roams.

RELATED: The 10 Fictional Characters Who Have Appeared In The Most Movies

While the likelihood of surviving a Godzilla attack and its cadre of Kaiju may be slim, there are some precautions that one can take to nudge the odds ever so slightly in their favor.

10 Getting As Far Away From The City As Possible

While Godzilla has rampaged in many different environments over the years—from cities and islands to even outer space—the destruction that follows their presence in the cities is oftentimes immeasurable.

The best chance of survival when the Godzilla alert-sirens start blaring is to start running away from the city.

Never in the history of the Godzilla franchise have the local armed forces ever put up much of a fight against the towering beasts that populate the Toho universe, yet still, they are sent out again and again. One would think that after the first couple of rampages, at the least, that whoever is in charge would understand how ineffective human weaponry is against Godzilla.

If you are a member of the army in a Godzilla film, then it might be best to take the day off. The number of lives that have been needlessly thrown away during Kaiju attacks must stand in the thousands, and it must be a dreadful feeling indeed to be sent out to battle such a threat.

8 Try To Befriend One Of Godzilla’s Many Allies

While it is a long shot, there have been a few examples of humans befriending and allying themselves with other Kaiju that are either “friends,” or at least on good terms with Godzilla.

Whether it be Minilla or Mothra and her fairy companions, having them on your side almost always guarantees safety from the Big G. To find yourself in a position to befriend these creatures is incredibly rare, but not impossible.

7 Build Your Own Kaiju Capable Of Fighting Godzilla

Whether it be Jet Jaguar or Mecha-Godzilla, the Godzilla series is chock-full of examples of humans taking matters into their own hands and developing a man-made countermeasure to the ongoing, relentless Kaiju menace that permeates the land.

While it must take a very large sum of money and massive amounts of brainpower to create such a beast, the results have often proved successful.

6 Don’t Be In Any Position Of Authority

While Godzilla may appear to be nothing but an unthinking killing machine, the reality couldn’t be further from the truth. Godzilla has shown on many occasions to possess a brain capable of thought, communication, memory, and even empathy—although it is never a good idea to count on Godzilla to use it.

RELATED: 10 Ways Godzilla Has Changed Since 1954

Shown to have a severe hatred for human beings with any form of power, the king of Kaiju’s constant use as an allegory for mother nature’s wrath means that anybody to blame for hurting the planet better watch out, Godzilla is coming for them.

5 Develop Some Kind Of Way To Kill Godzilla

Over the years, there has only been one man-made device capable of harming Godzilla effectively, let alone killing them outright: the terrifying Oxygen Destroyer from the original 1954 Godzilla. Developed by Dr. Daisuke Serizawa, the weapon was able to put a stop to Godzilla’s original rampage by splitting the oxygen around them and effectively suffocating the beast whilst they were underwater.

The repercussions of developing a device as destructive as this, however, may not be worth risking, if upon proving successful, it was to be acquired by the military and inevitably weaponized against mankind.

If one is facing off against the Godzilla from 2016’s Shin Godzilla, then they better have some kind of tightly secured area to hide inside. Still risking the dangers, even inside a bunker, of being crushed beneath the giant creature’s feet—at least it would give some kind of protection.

Godzilla’s second form in Shin Godzilla would render any hopes of survival without a secure bunker completely hopeless as it burrows beneath the streets, collapsing everything around it as it goes. If that wasn’t bad enough, the creature is so terrifying that one look at it in person would no doubt be enough to scare anybody half to death.

3 Stay Away From Tall Buildings—Kaiju Love Them

There doesn’t appear to be anything that attracts Kaiju more than a tall, recognizable building that has cultural significance and meaning. From the Sapporo Tower, the Tokyo Tower, or even the historical Osaka Castle, if it stands out, then it’s probably going down.

Anybody hoping to survive a Kaiju attack would do well to stay as far away as possible from any large-scale monument or structure that may draw the attackers’ attention.

Depending on where the Godzilla rampage takes place, and under what situation it occurs, one may find it easier to escape from harm than usual. If Godzilla appears in a city to take care of a rival Kaiju—or one somehow finds themselves in the middle of a battle royal on Monster Island—the opportunities to sneak away will be in one’s favor.

RELATED: Godzilla: The 5 Best Rivals From The Movies (& 5 Worst)

Hoping that Godzilla is too busy battling against Anguirus or King Ghidorah to focus their attention on their environment’s destruction is one of the easiest ways to survive a rampage.

1 Pray That Your Godzilla Is One Of The Friendly Ones

If one is going to be a victim of any Godzilla rampage, then the best scenario is that it’s from one of the mid-Showa era versions. A much friendlier character who is more focused on helping the people of Earth than destroying them; the only thing one needs to worry about is surviving the onslaught from one of their many enemies.

Whilst this Godzilla is by no means a push-over, one’s chances of coming away unscathed are astronomically higher than if you come across Godzilla from the original film, the bleak Heisei era, or Shin Godzilla.

NEXT: 10 Ways Godzilla Movies Are Different In Japan


Next
Friends: 10 Most Iconic Quotes 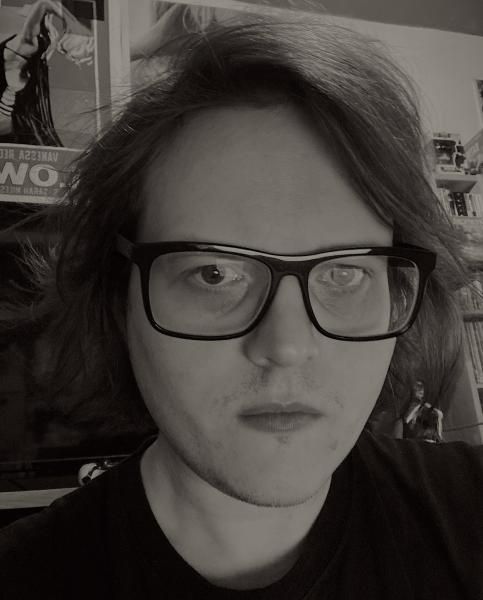 R.A. Daunton is a writer, musician, and obsessive of all things comic book, film, and horror.
He is a screenwriter, novelist, and lists writer at Comic Book Resources when not dabbling in his own creative writing and inhaling black coffee by the gallon.
A graduate of both Napier University in Edinburgh with a MA in Screenwriting and The University of Kent in Canterbury with a First Class Hons. degree in Film, he can talk your ear off for days on all things spooky and macabre – both celluloid and 4-color.
You can follow R.A. on Twitter at https://www.twitter.com/RADaunton.