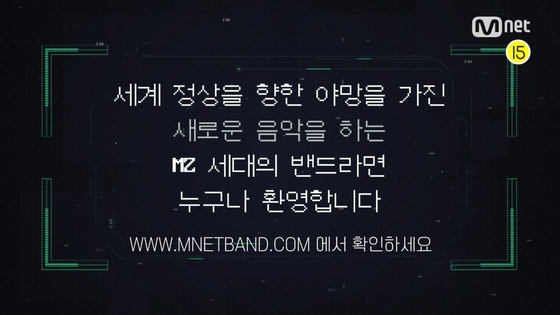 Mnet will air a band survival program this summer, it announced Thursday. [MNET]

Mnet, which is known for its music-related survival shows, announced that the aim of the new series is to discover a global band. It began taking applications from Thursday.

The channel hopes that the show will become a gateway to discover new and fresh talents from the MZ generation, which includes millennials and Generation Z, as it did for the hip-hop competition series “Show Me the Money” (2012-).

Hopefuls can apply by submitting an application and a video clip of themselves performing via email (applykband@naver.com). The application deadline is March 31.

The winners will receive prize money of 100 million won ($81,325), their own studio and the support to produce and release a new album.